Representing and promoting the community of Cramond, Barnton and Cammo in Edinburgh and safeguarding its heritage

Cramond Through The Ages

The Old Parish of Cramond is one of Scotland’s oldest inhabited communities and contains several historic sites and matters of interest. There are the Mesolithic site, the Roman remains and the River Almond valley which had many old mills. Some of them were converted to produce iron and they were the forerunners of the Scottish Iron Works.

There are many picturesque views to be had along the banks of the Firth of Forth – across to Fife and upstream to the Forth Bridges - and the islands that sit mid-estuary have a rich and varied history. And add to this the rich vein of geological history, the influential role of the landowners and their mansion houses, and Cramond Kirk, its Ministers and their role in the history of the Church in Scotland. With all of this around, you can begin to imagine the wealth of interest that these generate for many visitors to our part of Edinburgh.

To enable you to learn more of these matters of interest, we have set out a series of information leaflets about Cramond’s history and of the people that have lived in Cramond and its environs. The leaflets support the interpretation of the scenery and landscape that lie before you as you walk around Cramond, along the River Almond or by the esplanade of the Firth of Forth. Others list some of the stories and legendary tales that have been passed down through the generations. 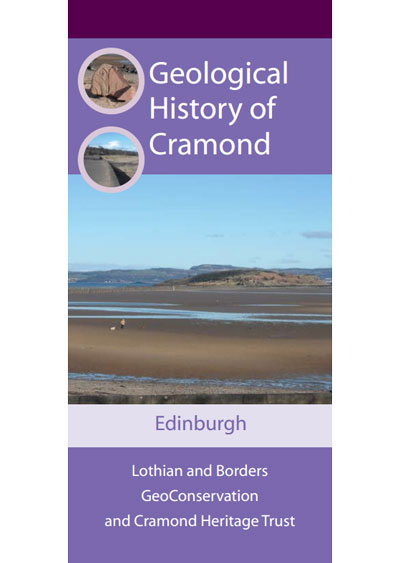 The text and design of this leaflet were developed by Lisa Randall, University of Edinburgh, and members of Lothian and Borders GeoConservation. The photographs were supplied by Lisa Randall, and John Dods of the Cramond Heritage Trust.

Drawn from the research undertaken by Bill Weir and John Dods on the Mansion Houses of the Old Parish of Cramond, this leaflet will guide you around the memorials of some of the estate owners. 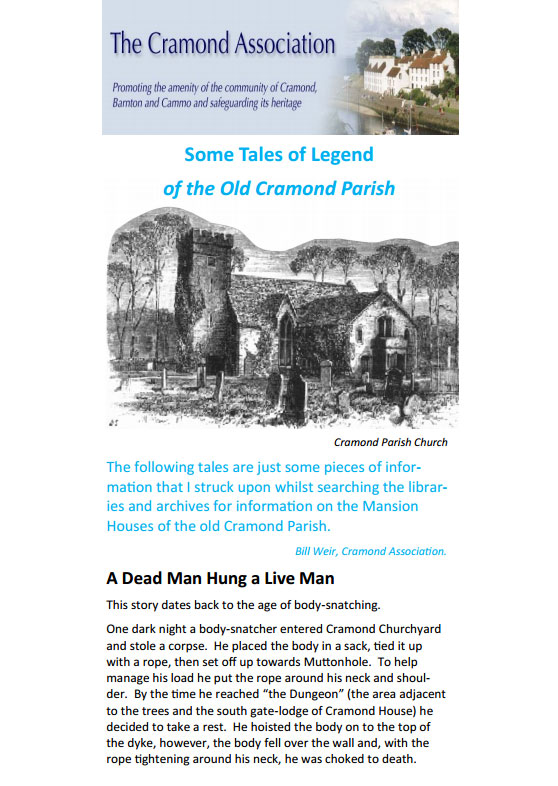 There are many stories of old that are told about life in and around Cramond. This leaflet seeks to give an insight into the variety of tales passed down through the generations. 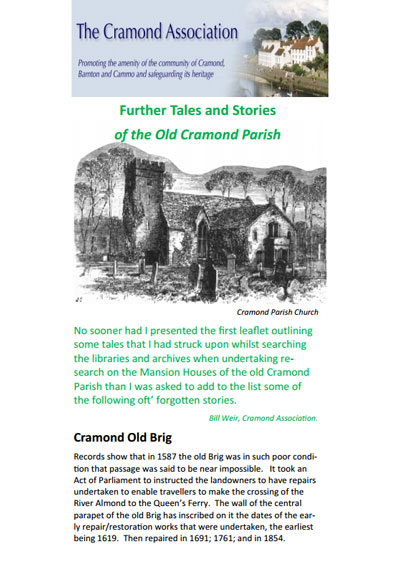 Further Tales and Stories of the Old Cramond Parish

Following the issue of the ‘Tales of Legend’ leaflet, we were requested to relate some of the other tales that have been passed down and are still referred to. These speak of many of the people who live on in the local place names around Cramond.